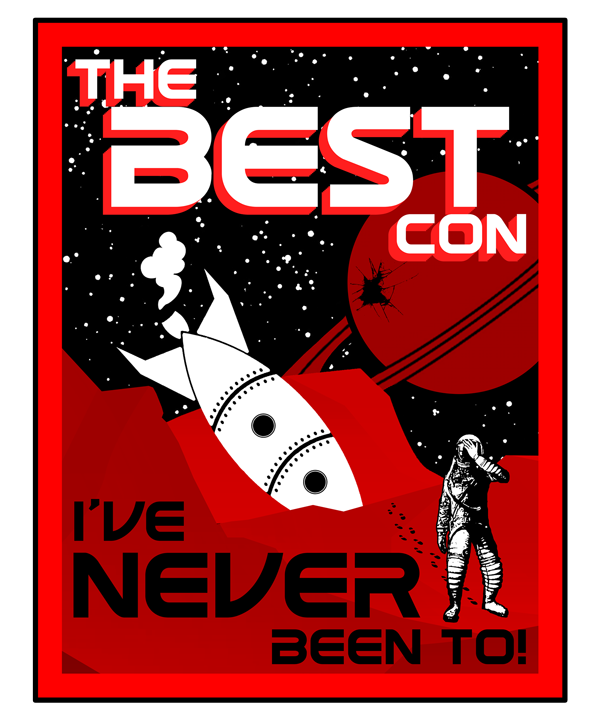 Concellation® continues to be the place for fans to gather while we're all missing conventions.

Conventions will return! Until then, Concellation will be here for you.


Will is still glad he's not been invited, which is good, because we can't afford the budget anyway. Word on the street is that his demands are pretty steep, and where are we going to get six pounds of Snickers bars during this pandemic anyway?
Saturday, 30 May 2020
Shoutout


Tricia is stuck at home like the rest of us and sends her best to the fans! Tricia Helfer is a Canadian actress, voice actress and former model. She is best known for playing the Cylon model Number Six in Ronald D. Moore's re-imagined Battlestar Galactica series and voicing Sarah Kerrigan in the StarCraft video games. She played Charlotte Richards / Mom on the FOX series Lucifer.
Friday, 29 May 2020
Shoutout


A shout-out to Concellation 2020 from the incredible Felicia Day! Felicia is the creator, star, writer, and producer of the original web series The Guild, a show loosely based on her life as a gamer. She also wrote and starred in the Dragon Age web series Dragon Age: Redemption.
Tuesday, 26 May 2020
Shoutout

Welcome to Second Monday When a holiday falls on a Monday, invariably everyone just takes the meetings they'd scheduled for that day and moves them to the Tuesday following. I call it Second Monday and I'm considering a global campaign to declare it an affront against humanity. Who's with me? RICE PUDDING AND JAM In case you've not seen it yet, Sylvester McCoy gives a shoutout to Concellation - https://www.facebook.com/groups/concellation/permalink/206086020438870/ PRIDE DESIGN We have a pride l...
Continue reading
Tuesday, 26 May 2020
Administrivia


Sylvester McCoy brings greetings to the non-members of Concellation! And we've never considered jam on our rice pudding, but what a great idea!
Tuesday, 26 May 2020
Shoutout

My Mother is a WHAT?!


John Cleese may be deceased, but will still try anything for money. We tried to not invite him, but he still had a hard time understanding he wasn't welcome, likely due to his bringing his pet vorpal bunny last time. Thanks, John - your check is in the post.
Monday, 25 May 2020
Shoutout


Jewel Staite sends her greeting to Concellation! Jewel is known for her roles as Kaylee Frye in the Fox television series Firefly and its spin-off theatrical film Serenity, and as Jennifer Keller on Sci-Fi Channel's science-fiction television series Stargate Atlantis.
Saturday, 23 May 2020
Shoutout

Greetings from the Q Continuum!


Greetings from the Q Continuum! John de Lancie sends a bit of optimism to the non-attendees at Concellation.
Thursday, 21 May 2020
Shoutout

Get your merch for the con that's been cancelled before it was announced! Our talented designer, Matt Zanzibar, has created a great non-convention logo and a bunch of other cool designs for your wearing pleasure. And best, we're sequestering our well-begotten gains to donate to charity. So far, we've given $4000 in filthy lucre to good causes like Doctors Without Borders, The Chicago Food Depository, The Trevor Project and No Kid Hungry. As long as you hoopy froods keep buying merch, we'll keep ...
Continue reading
Tuesday, 19 May 2020
Merch

Welcome to the convention that was cancelled before it could be announced.
Monday, 18 May 2020
Administrivia

Concellation Pin Pack $30.00
Our most popular item! All five Concellation® pins, and a discount to boot! 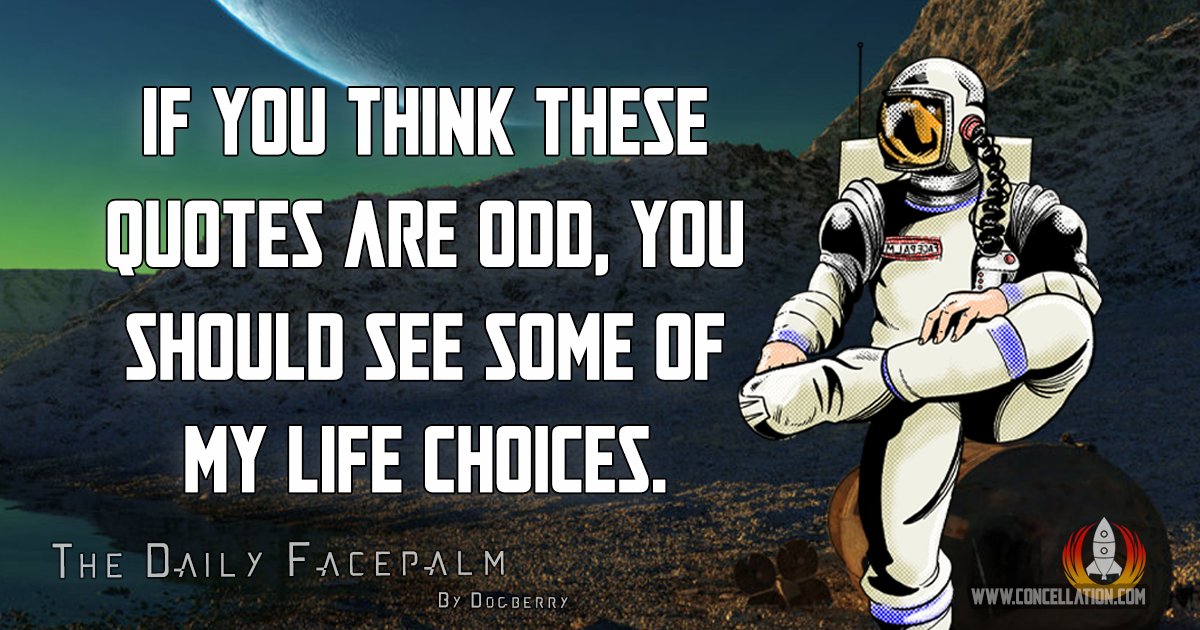 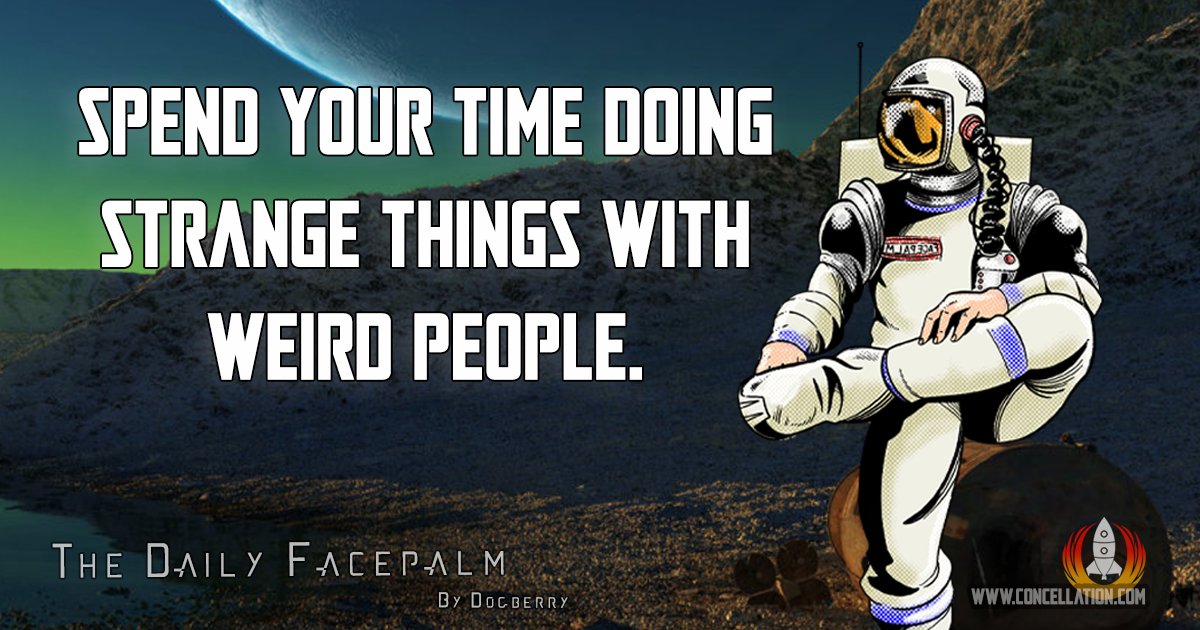 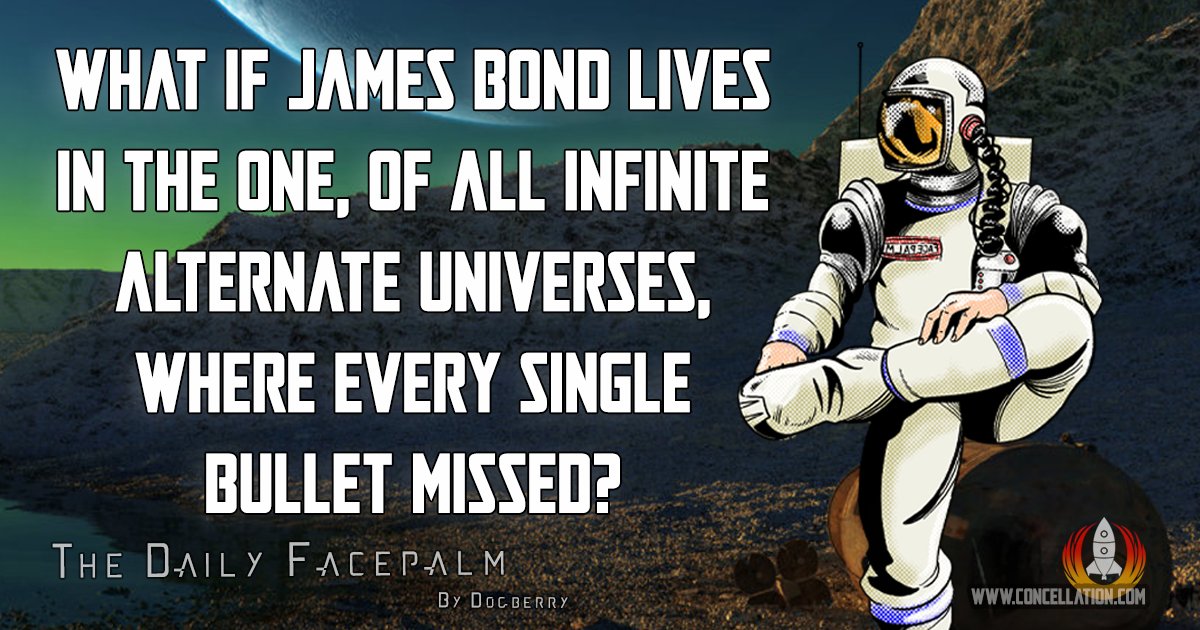 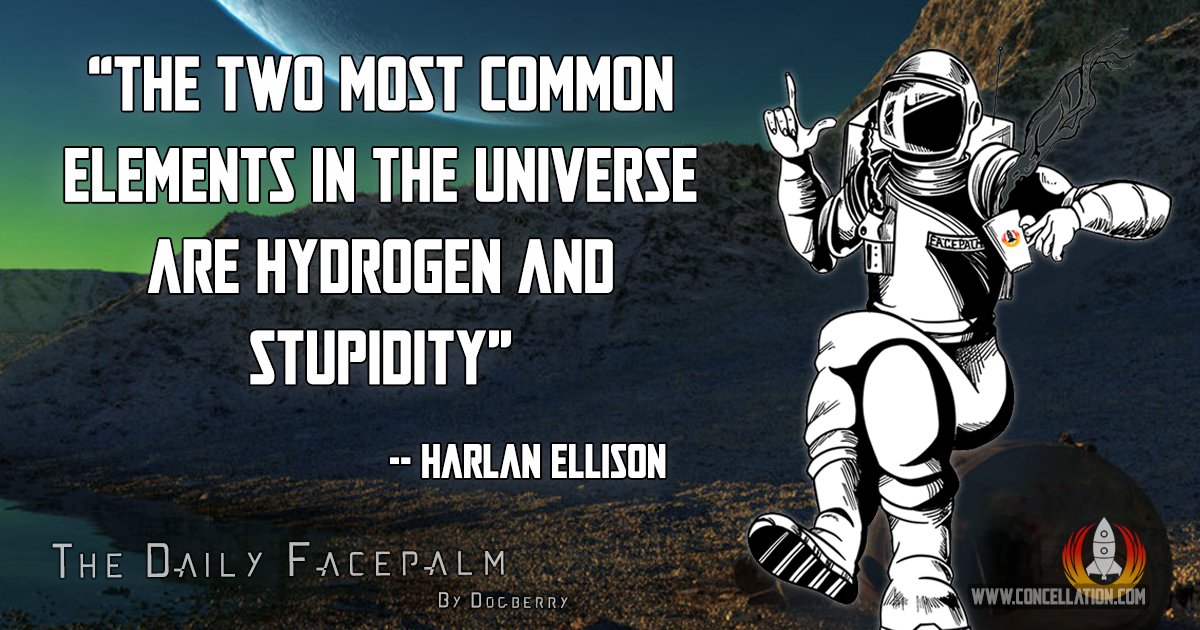 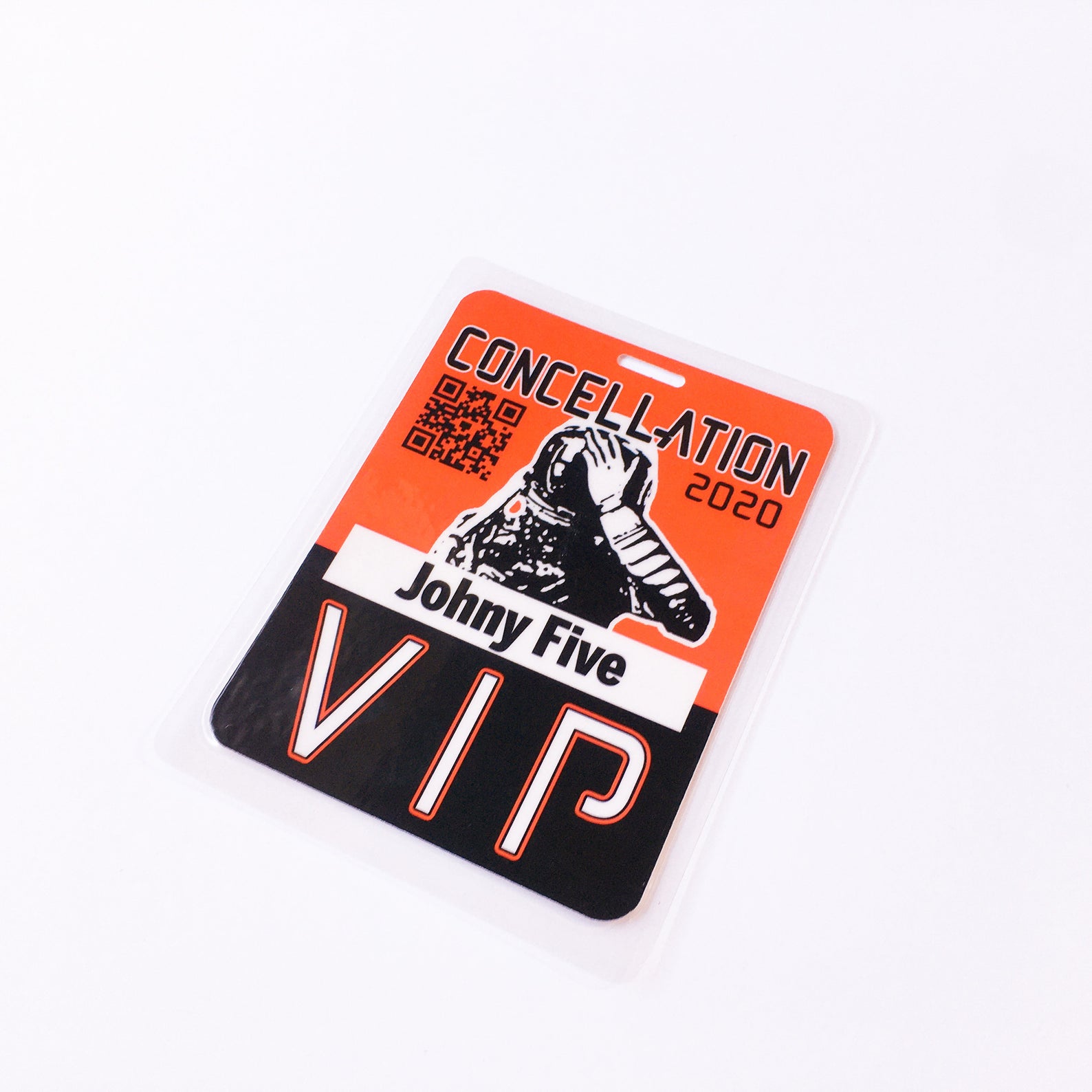 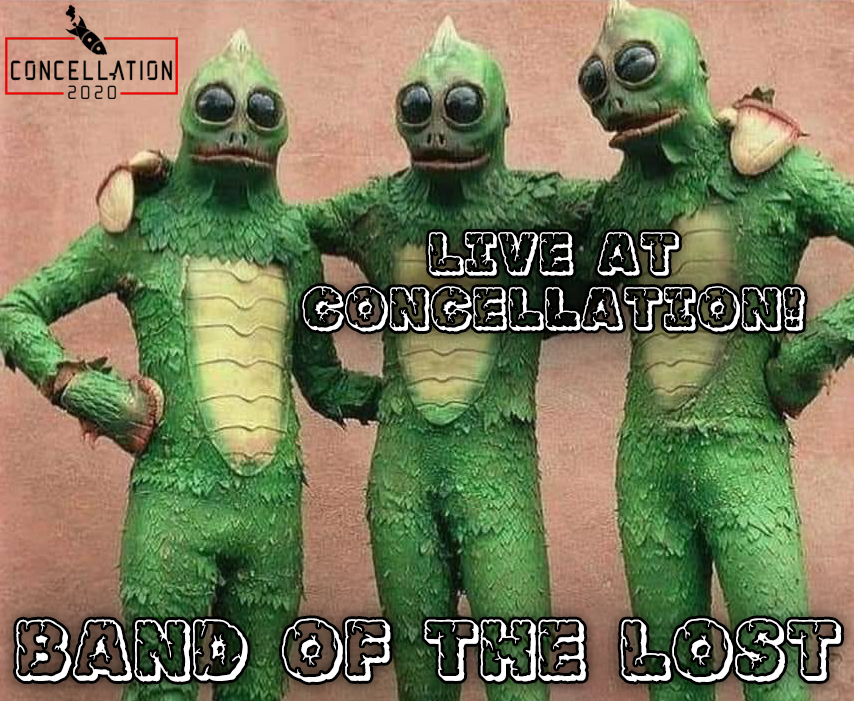 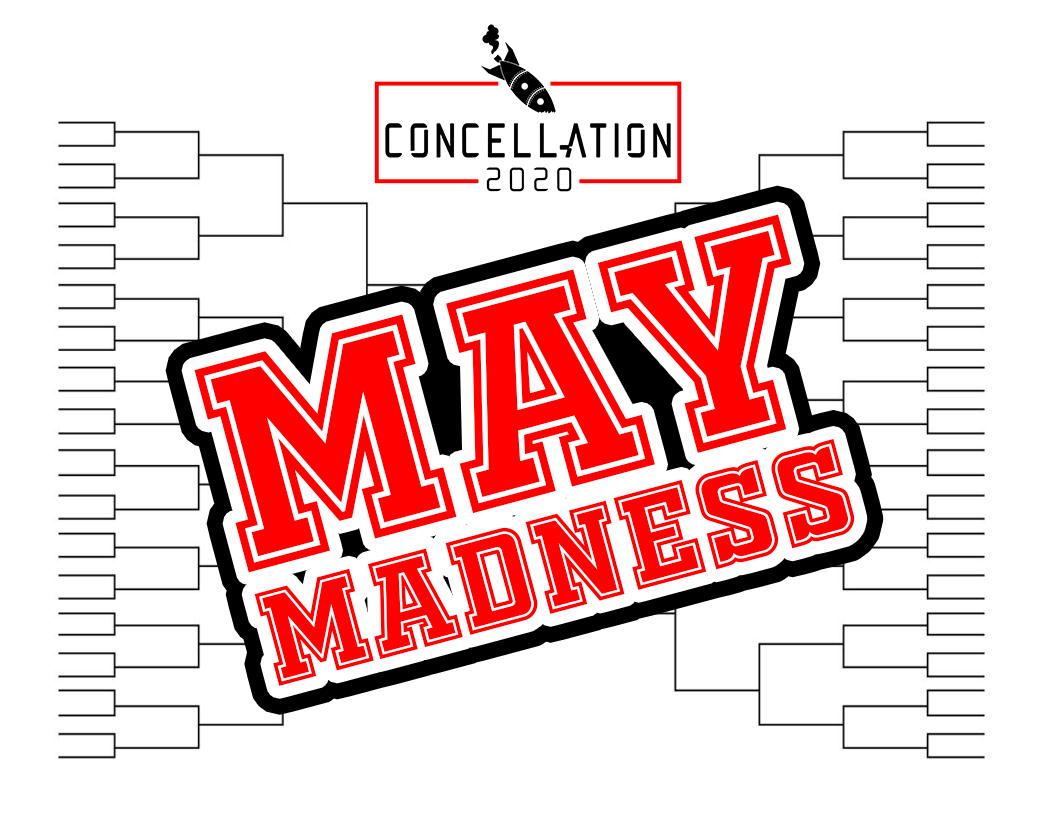 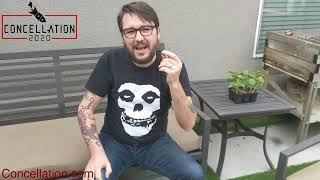 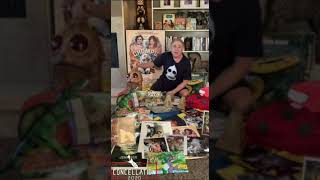 Celebrities
Wesley Eure Gives Away Swag
© 2020 - 2021 Sleestaq, LLC
You are now being logged in using your Facebook credentials