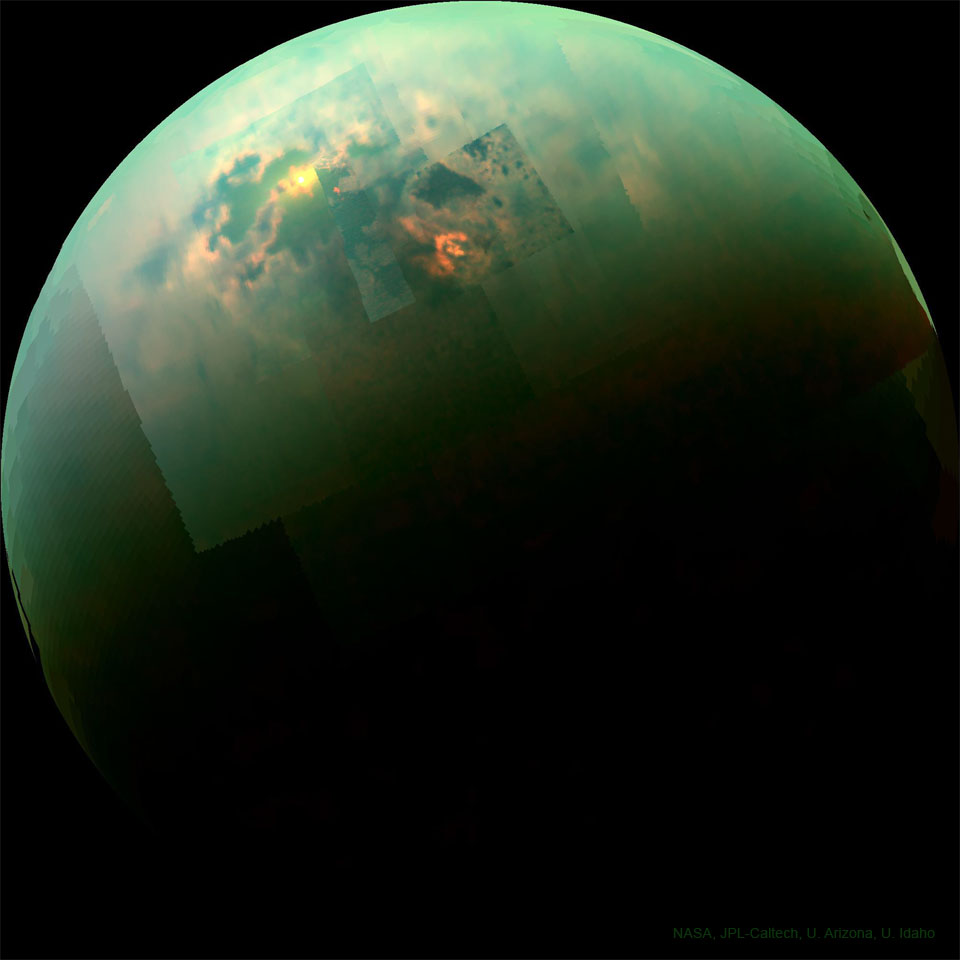 Explanation: Why would the surface of Titan light up with a blinding flash? The reason: a sunglint from liquid seas. Saturn's moon Titan has numerous smooth lakes of methane that, when the angle is right, reflect sunlight as if they were mirrors. Pictured here in false-color, the robotic Cassini spacecraft that orbited Saturn from 2004 to 2017 imaged the cloud-covered Titan in 2014 in different bands of cloud-piercing infrared light. This specular reflection was so bright it saturated one of Cassini's infrared cameras. Although the sunglint was annoying -- it was also useful. The reflecting regions confirm that northern Titan houses a wide and complex array of seas with a geometry that indicates periods of significant evaporation. During its numerous passes of our Solar System's most mysterious moon, Cassini has revealed Titan to be a world with active weather -- including times when it rains a liquefied version of natural gas.

Gems of a Maldivean Night
Pluto at Night