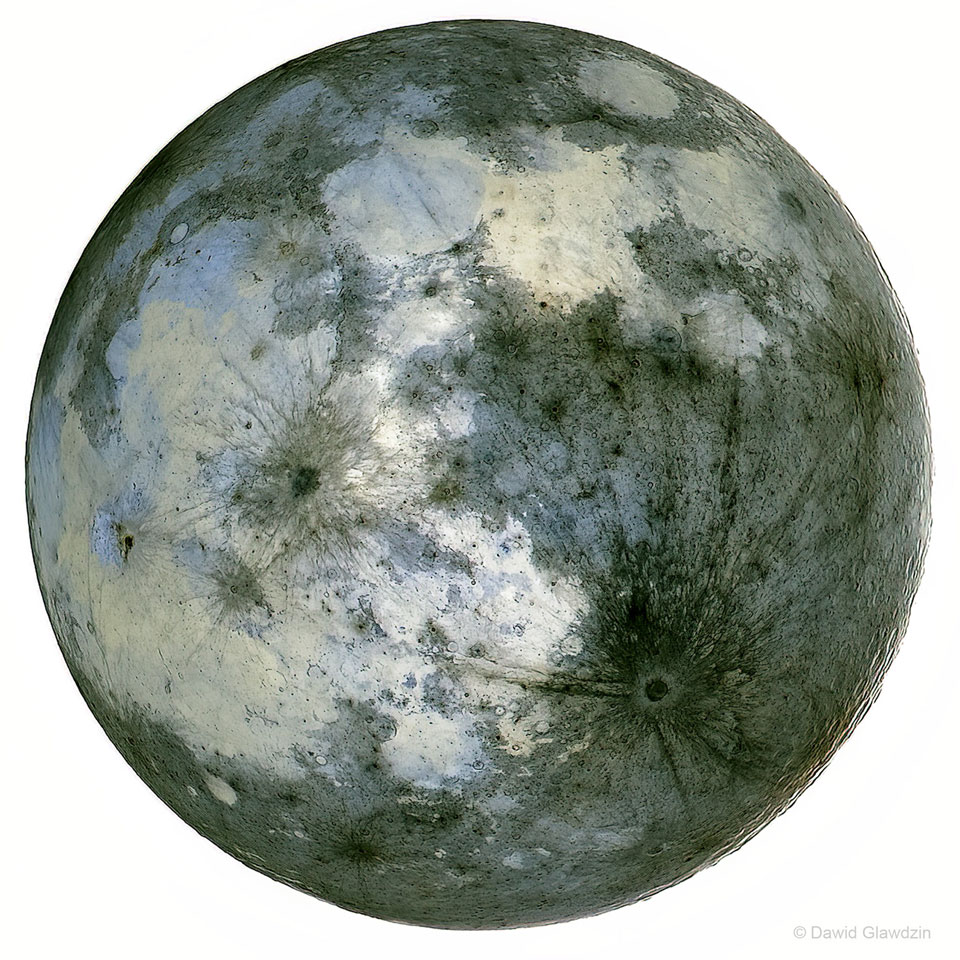 Explanation: Which moon is this? It's Earth's moon -- but in inverted colors. Here, the pixel values corresponding to light and dark areas have been translated in reverse, or inverted, producing a false-color representation reminiscent of a black and white photographic negative. However, this is an inverted color image -- where the muted colors of the moon are real but digitally exaggerated before inversion. Normally bright rays from the large crater Tycho dominate the southern (bottom) features as easily followed dark green lines emanating from the 85-kilometer diameter impact site. Normally dark lunar mare appear light and silvery. The image was acquired in Southend-on-Sea, England, UK. Historically, astronomical images recorded on photographic plates were directly examined on inverted-color negatives because it helped the eye pick out faint details.

A Flower Shaped Rock on Mars
A Lion in Orion