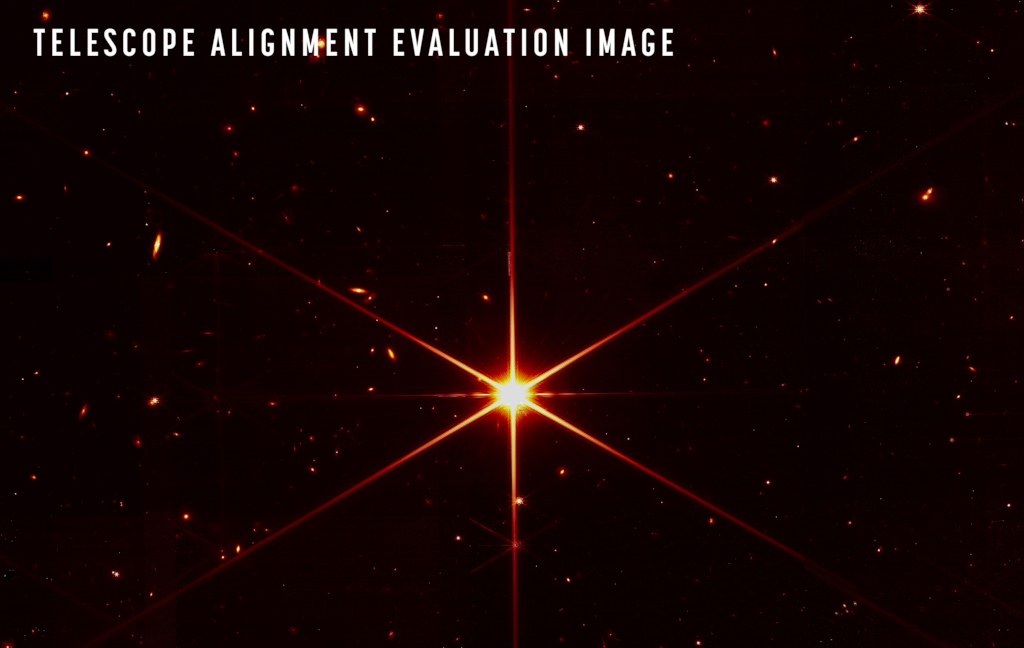 Explanation: 2MASS J17554042+6551277 doesn't exactly roll off the tongue but that's the name, a coordinate-based catalog designation, of the star centered in this sharp field of view. Fans of the distant universe should get used to its spiky appearance though. The diffraction pattern is created by the 18 hexagonal mirror segments of the James Webb Space Telescope. After unfolding, the segments have now been adjusted to achieve a diffraction limited alignment at infrared wavelengths while operating in concert as a single 6.5 meter diameter primary mirror. The resulting image taken by Webb's NIRcam demonstrates their precise alignment is the best physics will allow. 2MASS J17554042+6551277 is about 2,000 light-years away and well within our own galaxy. But the galaxies scattered across the background of the Webb telescope alignment evaluation image are likely billions of light-years distant, far beyond the Milky Way.

A Picturesque Equinox Sunset
A Filament in Monoceros